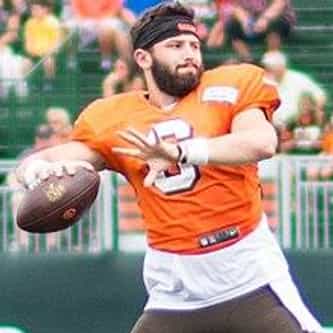 Baker Reagan Mayfield (born April 14, 1995) is an American football quarterback for the Cleveland Browns of the National Football League (NFL). Mayfield began his college football career as a walk-on player for the Texas Tech Red Raiders. He is notable for being the first walk-on true freshman quarterback to start a season opener at a BCS school. Mayfield transferred from Texas Tech to Oklahoma following supposed scholarship issues and a lack of communication with coaches. After sitting ... more on Wikipedia

Baker Mayfield IS LISTED ON