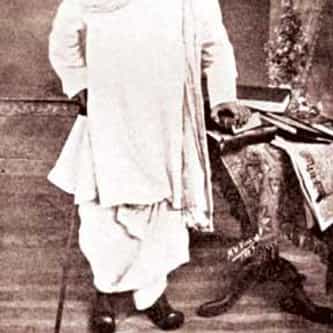 Bal Gangadhar Tilak (or Lokmanya Tilak, pronunciation ; 23 July 1856 – 1 August 1920), born as Keshav Gangadhar Tilak, was an Indian nationalist, teacher, and an independence activist. He was one third of the Lal Bal Pal triumvirate. Tilak was the first leader of the Indian Independence Movement. The British colonial authorities called him "The father of the Indian unrest." He was also conferred with the title of "Lokmanya", which means "accepted by the people (as ... more on Wikipedia

Bal Gangadhar Tilak IS LISTED ON