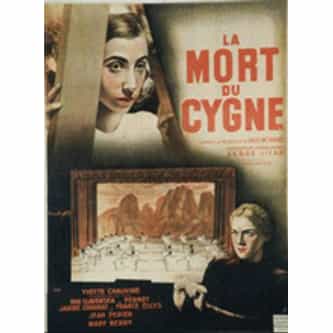 Ballerina is a 1937 French ballet film directed by Jean Benoit-Lévy and Marie Epstein, starring Yvette Chauviré, Mia Slavenska and Jeanine Charrat. The original French title is La mort du cygne, which means "the death of the swan". It tells the story of a 12-year-old girl who fears that her favourite performer at the Paris Opera will be replaced by a Russian ballerina, and sets out to engineer an accident for the rival. The film is based on the 1933 short story ... more on Wikipedia

Ballerina IS LISTED ON