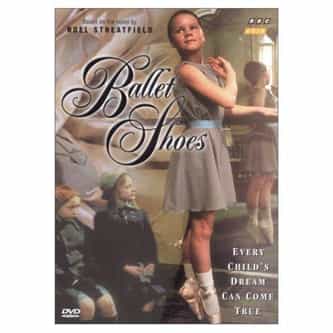 Ballet Shoes is British television adaptation of Noel Streatfeild's novel Ballet Shoes first broadcast on BBC One in 1975. Adapted by John Wiles and directed by Timothy Combe, the series was aired in six parts on Sunday evenings. It was aired by PBS in the United States on 27 December 1976. ... more on Wikipedia

Ballet Shoes IS LISTED ON

#10 of 21
3.6k VOTES The Best Ballet Movies are 22x more likely to vote for Save the Last Dance on this list
List of All Movies Released in 1975