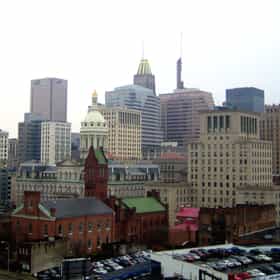 Baltimore is the largest city in the State of Maryland, the largest independent city in the United States, and the 26th-most populous city in the country. It is located in the central area of the state along the tidal portion of the Patapsco River, an arm of the Chesapeake Bay. The independent city is often referred to as Baltimore City to distinguish it from the surrounding Baltimore County. Founded in 1729, Baltimore is the second largest seaport in the Mid-Atlantic United States and is situated closer to Midwestern markets than any other major seaport on the East Coast. Baltimore's Inner Harbor was once the second leading port of entry for immigrants to the United States and a major ... more on Wikipedia

Baltimore is ranked on...

Baltimore is also found on...