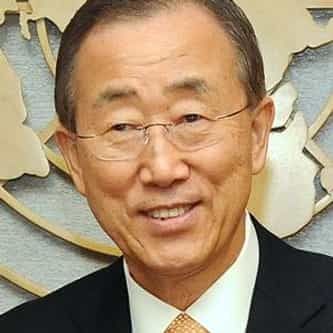 Ban Ki-moon (; Korean: 반기문; Hanja: 潘基文; Korean pronunciation: [pan.ɡi.mun]; born 13 June 1944) is a South Korean politician and diplomat who served as the eighth Secretary-General of the United Nations from January 2007 to December 2016. Before becoming Secretary-General, Ban was a career diplomat in South Korea's Ministry of Foreign Affairs and in the United Nations. He entered diplomatic service the year he graduated from university, accepting his first post in New Delhi, India. Ban was ... more on Wikipedia

Ban Ki-moon IS LISTED ON