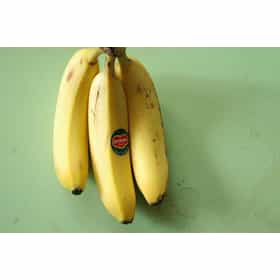 Bananas is a 1971 American comedy film directed by Woody Allen and starring Allen, Louise Lasser, and Carlos Montalban. Written by Allen and Mickey Rose, the film is about a bumbling New Yorker who, after being dumped by his activist girlfriend, travels to a tiny Latin American nation and becomes involved in its latest rebellion. Parts of the plot are based on the book Don Quixote, U.S.A. by Richard P. Powell. Filmed on location in New York City, Lima, Peru, and Puerto Rico, the film is number 78 on Bravo's "100 Funniest Movies". ... more on Wikipedia

Bananas is ranked on...

#260 of 1,204 People who voted for Bananas... People in the Northeast are 2x more likely to vote for this also upvote Monty Python's Flying Circus on The Funniest TV Shows of All Time The Absolute Funniest Movies Of All Time 1M VOTES The funniest movies of all time, ranked by fans. What are the funniest movies ever made? From Airplane! to The Jerk to The 4...
#30 of 54 The Funniest Comedy Movies About Politics 4.9k VOTES   Comedies about politics find the humor in real-life situations, regardless of party affiliations. The top political...
#168 of 591 The Best '70s Movies 69.4k VOTES This list of the best movies of the '70s includes all of the top films from the 1970s, including some of the best movies eve...
#62 of 92 The Best Smells in the World 102.1k VOTES Scientists have found that smell is the sense that’s most tied into memory, and this makes one contemplate the possibility t...
#15 of 69 The Best Woody Allen Movies 7.3k VOTES The best Woody Allen movies of all time rank among some of the best movies of all time, so it's no surprise movie fans would...
#108 of 318 The Best Political Films Ever Made 24.6k VOTES Political movies can approach the notion of politics and government from numerous perspectives, and with many wildly diverge...
#18 of 21 The Funniest Classic Wacky Comedies, Ranked 1.8k VOTES Slapstick comedy can create the type of belly laughter that is all but impossible to hold back. The best wacky comedy film...
#32 of 202 The Best Comedy Movies of the 1970s 12.2k VOTES In the '70s, comedy movies were dominated by two comedic heavyweights: Woody Allen and Mel Brooks They still left room for p...
#41 of 120 The Best Movies of 1971 6k VOTES List of the best movies of 1971, with movie trailers when available. Academy Award winning actor Daniel Day-Lewis made his b...
#125 of 139 The Funniest Slapstick Movies Ever Made 13.4k VOTES A list of all the best slapstick movies ever made, many of which are streaming on Netflix and Amazon Prime. This slapstick m...
#164 of 203 The Best PG-13 Comedies of All Time 83.1k VOTES Here is the list of PG-13 comedies, ranked from best to worst. These comedies are all rated PG-13, so if you're looking for ...
#51 of 68 The Best Sylvester Stallone Movies 27.5k VOTES List of the best Sylvester Stallone movies, ranked best to worst with movie trailers when available. Sylvester Stallone has ...
#35 of 78 The Best Danny DeVito Movies of All Time, Ranked 1.9k VOTES Arguing about which is the best Danny DeVito movie of all time? This crowdranked list will help you settle that debate once ...
#25 of 52 The Best Movies Directed by Woody Allen 2.7k VOTES List of all movies directed by Woody Allen ranked from best to worst with photos. Films directed by Woody Allen are listed h...
Filmsite's Great Films With No Academy Award Nominations 4.1k VIEWS Filmsite says: "Although the Academy of Motion Picture Arts and Sciences® has awarded many deserving honors to its ...

Bananas is also found on...