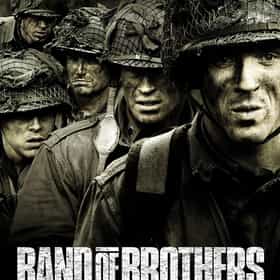 Band of Brothers is a 2001 American WWII drama miniseries based on historian Stephen E. Ambrose's 1992 non-fiction book of the same name. The executive producers were Steven Spielberg and Tom Hanks, who had collaborated on the 1998 WWII film Saving Private Ryan. The episodes first aired in 2001 on HBO. The series dramatizes the history of the "Easy" Company from jump training in the U.S. through its participation in major actions in Europe, and up until Japan's capitulation and WWII end's. ... more on Wikipedia

Band of Brothers is ranked on...

Band of Brothers is also found on...