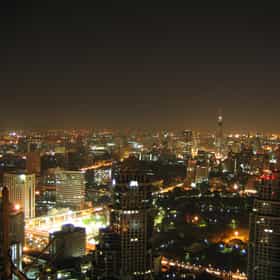 Bangkok is the capital and the most populous city of Thailand. It is known in Thai as Krung Thep Maha Nakhon or simply Krung Thep. The city occupies 1,568.7 square kilometres in the Chao Phraya River delta in Central Thailand, and has a population of over 8 million, or 12.6 percent of the country's population. Over 14 million people live within the surrounding Bangkok Metropolitan Region, making Bangkok an extreme primate city, dwarfing Thailand's other urban centres in terms of importance. Bangkok traces its roots to a small trading post during the Ayutthaya Kingdom in the 15th century, which eventually grew in size and became the site of two capital cities: Thonburi in 1768 and ... more on Wikipedia

Bangkok is ranked on...