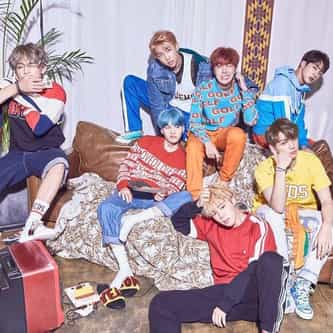 Bangtan Boys, also known as BTS, is a seven member South Korean boy group formed by Big Hit Entertainment. They debuted on June 13, 2013 with the song "No More Dream". They have won several "New Artist of the Year" awards, including those at the 2013 MelOn Music Awards and Golden Disk Awards, and the 2014 Seoul Music Awards. ... more on Wikipedia

469.8k votes Who Is Your Favorite BTS Member?

Bangtan Boys (BTS) IS LISTED ON