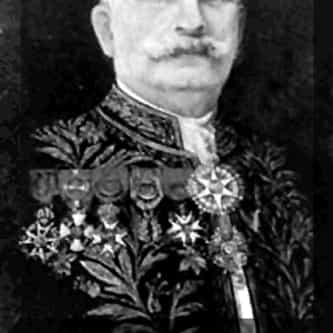 José Maria da Silva Paranhos Jr., Baron of Rio Branco (in Portuguese: Barão do Rio Branco) (April 20, 1845 – February 10, 1912) was a Brazilian diplomat, geographer, historian, monarchist, politician and professor, considered to be the "father of Brazilian diplomacy". He was the son of statesman José Maria da Silva Paranhos Sr. The Baron of Rio Branco was a member of the Brazilian Academy of Letters, occupying its 34th chair from 1898 until his death in 1912. ... more on Wikipedia