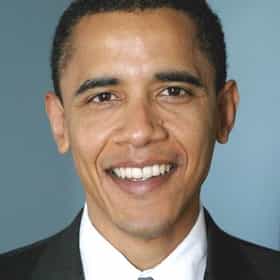 Barack Hussein Obama II ( (listen); born August 4, 1961) is an American attorney and politician who served as the 44th president of the United States from 2009 to 2017. A member of the Democratic Party, he was the first African American to be elected to the presidency. He previously served as a U.S. senator from Illinois from 2005 to 2008 and an Illinois state senator from 1997 to 2004. Obama was born in Honolulu, Hawaii. After graduating from Columbia University in 1983, he worked as a community organizer in Chicago. In 1988, he enrolled in Harvard Law School, where he was the first black president of the Harvard Law Review. After graduating, he became a civil rights attorney and an ... more on Wikipedia

Barack Obama is ranked on...

Barack Obama is also found on...