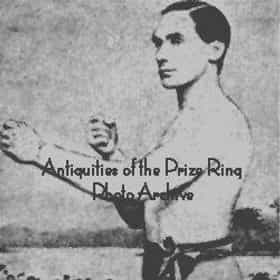 Barney Aaron (21 November 1800 at Aldgate – 1850 in London, England) was an English bare-knuckle boxer. The father of Hall of Famer Young Barney Aaron began boxing in 1819, and became a lightweight champion in the 1820s. Called The Star of the East, Aaron gained victories over William Connelly, Ned Stockton, Lenney, Frank Redmond and Peter Warren. He was inducted into the International Boxing Hall of Fame in 2001. He was one of a number of Jewish boxers of the time whose popularity is credited with helping improve the social standing of Jews in England. ... more on Wikipedia

Barney Aaron is also found on...