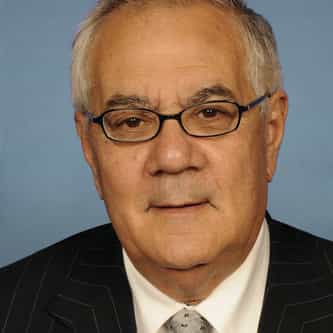 Barnett Frank (born March 31, 1940) is an American former politician. He served as a member of the U.S. House of Representatives from Massachusetts from 1981 to 2013. A Democrat, Frank served as chairman of the House Financial Services Committee (2007–2011) and was a leading co-sponsor of the 2010 Dodd–Frank Act, a sweeping reform of the U.S. financial industry. Frank, a resident of Newton, Massachusetts, was considered the most prominent gay politician in the United States.Born and raised ... more on Wikipedia

Barney Frank IS LISTED ON