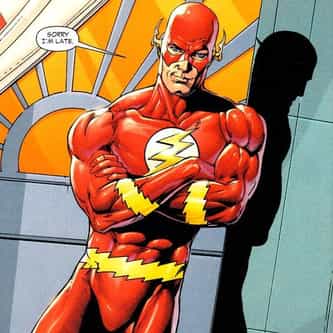 The Flash is a fictional superhero in the DC Comics universe. He is the second character known as the Flash. The character first appeared in Showcase #4, created by writer Robert Kanigher and penciler Carmine Infantino. His name combines talk show hosts Barry Gray and Steve Allen. His death in 1985 in Crisis on Infinite Earths removed the character from the regular DC lineup for 23 years. His return to regular comics occurred subsequently in 2008 within the pages of Grant Morrison's Final ... more on Wikipedia

Barry Allen IS LISTED ON