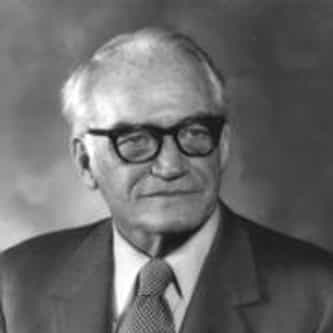 Barry Morris Goldwater (January 2, 1909 – May 29, 1998) was an American politician, businessman, and author who was a five-term Senator from Arizona (1953–1965, 1969–1987) and the Republican Party nominee for president of the United States in 1964. Despite his loss of the 1964 presidential election in a landslide, Goldwater is the politician most often credited with having sparked the resurgence of the American conservative political movement in the 1960s. He also had a substantial impact ... more on Wikipedia

Barry Goldwater IS LISTED ON