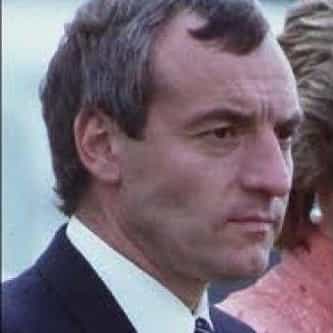 Barry Mannakee (1 June 1947 – 15 May 1987) was a police officer with the Royal Protection Squad and bodyguard to Diana, Princess of Wales. Mannakee was transferred from his role as bodyguard for Diana following what was described as an "inappropriate" relationship between the two, with Diana speaking about being "in love" with him. Mannakee died in a road traffic accident in 1987, leading to a conspiracy theory that his death was not an accident. Diana believed he had ... more on Wikipedia

Famous People Who Died in Motorcycle Accidents List of Famous Bodyguards Men Who Diana, Princess Of Wales Has Dated Famous People Born in 1947