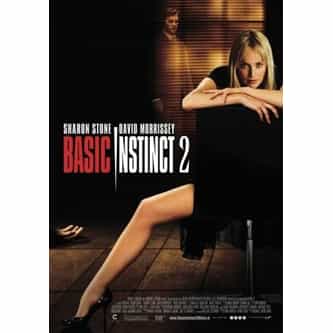 Basic Instinct 2, is a 2006 thriller film and the sequel to 1992's Basic Instinct. The film was directed by Michael Caton-Jones and produced by Mario Kassar, Joel B. Michaels, and Andrew G. Vajna. The screenplay was by Leora Barish and Henry Bean. It stars Sharon Stone, who reprises her role of Catherine Tramell from the original, and David Morrissey. The film is an international co-production of Germany, the United Kingdom, the United States, and Spain. ... more on Wikipedia

Basic Instinct 2 IS LISTED ON