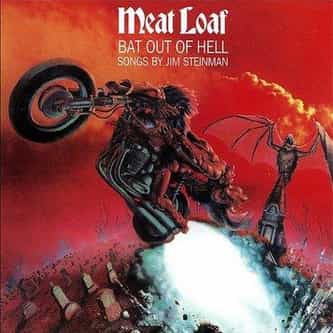 Bat Out of Hell

Bat Out of Hell is the second album and major-label debut by American rock musician Meat Loaf, as well as being his first collaboration with composer Jim Steinman, released in October 1977 on Cleveland International/Epic Records. It is one of the best-selling albums in the history of recorded music, having sold over 43 million copies worldwide. Rolling Stone magazine ranked it at number 343 on its list of the 500 greatest albums of all time in 2003. Its musical style is influenced by ... more on Wikipedia

Bat Out of Hell IS LISTED ON