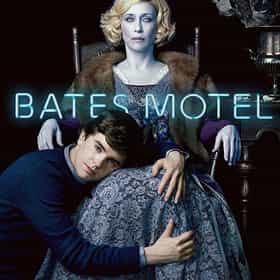 Bates Motel is an American drama thriller television series developed for television by Carlton Cuse, Kerry Ehrin and Anthony Cipriano, and produced by Universal Television for the cable network A&E. The series, being a "contemporary prequel" to Alfred Hitchcock's 1960 film Psycho, depicts the lives of Norman Bates and his mother Norma prior to the events portrayed in the film, albeit in a different fictional town and in a modern setting. The series begins when she purchases a motel located in a coastal Oregon town so she and Norman can start a new life. ... more on Wikipedia

Bates Motel is ranked on...