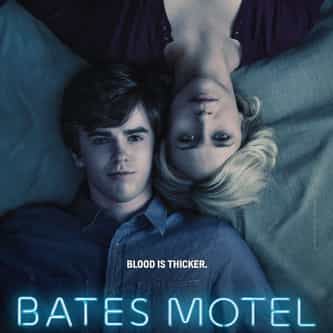 Bates Motel (A&E, 2013) is an American psychological horror drama television series based on characters from the 1959 novel Psycho by Robert Bloch. After his father's sudden death, teenager Norman Bates (Freddie Highmore) moves to Arizona with his mother Norma (Vera Farmiga) where they buy a rundown motel. ... more on Wikipedia

Bates Motel IS LISTED ON