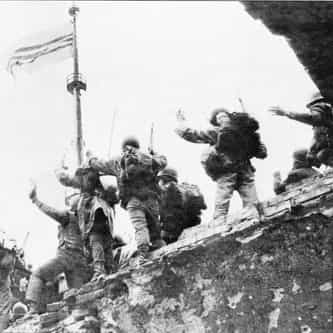 Battle of An Lao

The Battle of An Lão occurred after the Viet Cong captured the district headquarters of An Lão, Binh Dinh, about 300 miles from Saigon. Viet Cong rebels launched an early morning surprise attack, attack squads scaling the fence and lobbing grenades to disable the Army of the Republic of Vietnam machine gun positions ringing the base. A second wave of attackers infiltrated the base and took control. The Viet Cong were successful in repeatedly beating back large numbers of ... more on Wikipedia