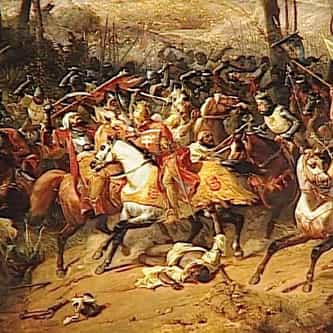 The Battle of Arsuf was a battle of the Third Crusade in which Richard I of England defeated Saladin, founder of the Ayyubid dynasty and Sultan of Egypt and Syria, at Arsuf in Palestine. The forces of the Third Crusade had taken the city of Acre after a prolonged siege. The next strategic target for the Christian army was to secure the city of Jaffa, which would facilitate their ultimate goal, the recapture of the city of Jerusalem. Following a series of harassing attacks by Saladin's ... more on Wikipedia