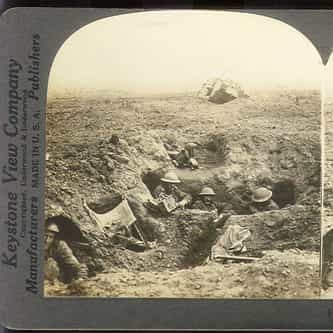 The Battle of Cambrai was a British offensive and German counter-offensive battle in the First World War. Cambrai, in the Nord département, was a key supply point for the German Siegfried Stellung and capture of the town and the nearby Bourlon Ridge would threaten the rear of the German line to the north. Major General Hugh Tudor, Commander Royal Artillery of the 9th Division, suggested trying out new artillery-infantry techniques on his sector of the front. During preparations, J. ... more on Wikipedia