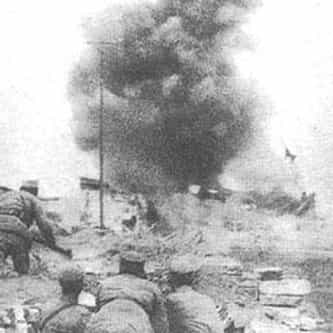 The Battle of Changde was a major engagement in the Second Sino-Japanese War in and around the Chinese city of Changde in the province of Hunan. During the battle, Japan used chemical weapons. The purpose of the Japanese offensive was not to hold the city, but to maintain pressure on the Chinese National Revolutionary Army "in order to destroy their main units, to deny them the time needed for recuperation, regrouping, and retraining, and to make sure that no Chinese troops could be ... more on Wikipedia