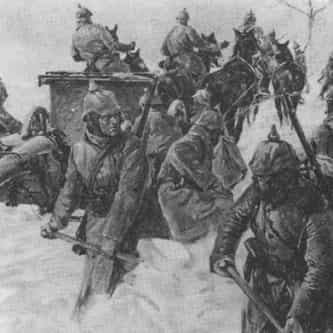 The Battle of Limanowa took place from 1 December to 13 December 1914, between the Austro-Hungarian Army and the Russian Army near the town of Limanowa. The Austro-Hungarian high command had assumed that the German success would weaken Russian forces in the north and that the Galician front would remain quiet. Both these assumptions were incorrect. Though the Habsburg 2nd army offensive opened on 16 November and met early success, the Russians proved stronger than expected and their 4th ... more on Wikipedia