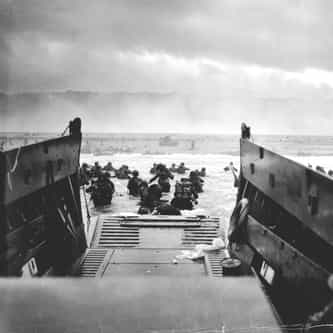 The Invasion of Normandy was the invasion by and establishment of Western Allied forces in Normandy, during Operation Overlord in 1944 during World War II; the largest amphibious invasion to ever take place. D-Day, the day of the initial assaults, was Tuesday 6 June 1944. Allied land forces that saw combat in Normandy on that day came from Canada, the Free French forces, the United Kingdom, and the United States. In the weeks following the invasion, Polish forces also participated, as well ... more on Wikipedia

Invasion of Normandy IS LISTED ON