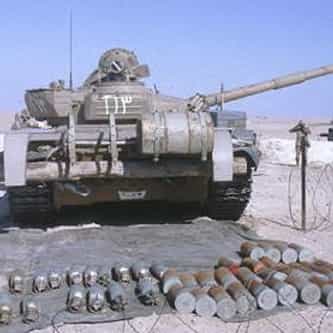 The Battle of Phase Line Bullet was one of the clashes which led to the destruction of the Tawakalna Iraqi Republican Guard Division, on February 26, 1991, by a simultaneous attack of two U.S. armored divisions, an Infantry Division and the 2nd Armored Cavalry Regiment. The battle was one of the rare examples of an American armored force repulsed by a screen of Iraqi entrenched infantry, APCs, and Iraqi T-72 tanks during Desert Storm. The incident involved American friendly fire ... more on Wikipedia