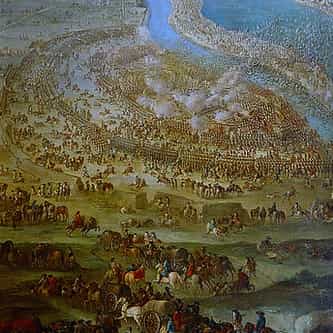 The Battle of Zenta or Battle of Senta, fought on 11 September 1697 just south of Zenta, on the east side of the Tisa river, was a major engagement in the Great Turkish War and one of the most decisive defeats in Ottoman history. In a surprise attack, Habsburg Imperial forces routed the Ottoman army which was in the process of crossing the river. At the cost of a few hundred losses, the Habsburg forces inflicted 30,000 casualties on the Ottomans, dispersed the remainder and captured the ... more on Wikipedia