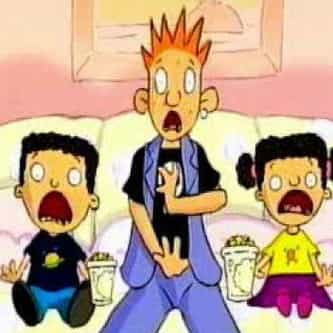 BB3B was an animated UK children's television series produced by Tell Tale Productions in 2005. The entire series consists of thirteen episodes of twenty minutes each. It is shown on CBBC in the UK and ABC in Australia. It first went on air in 2005. It was voted the best section of Dick and Dom in da Bungalow and Smile by viewers in two separate polls. It was created by Iain Lauchlan and Will Brenton, who also created and produced Tweenies, Boo!, Fun Song Factory and Jim Jam and Sunny. ... more on Wikipedia