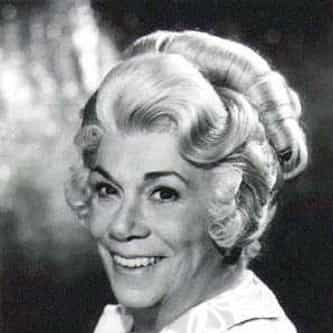 Beatrice Benaderet ( BEN-ə-DERR-ət; April 4, 1906 – October 13, 1968) was an American radio and television actress and voice actress. Born in New York City and raised in San Francisco, she began performing in Bay Area theatre and radio before embarking on a Hollywood career that spanned over three decades. Benaderet first specialized in voiceover work in the golden age of radio, appearing on numerous programs while working with comedians of the era such as Jack Benny, Burns and Allen, and ... more on Wikipedia

Bea Benaderet IS LISTED ON