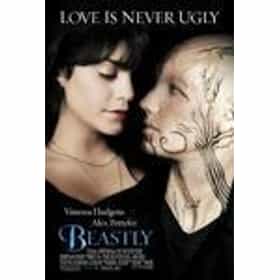 Beastly is a 2011 romantic fantasy drama film loosely based on Alex Flinn's 2007 novel of the same name. It is a retelling of the fairytale Beauty and the Beast and is set in modern-day New York City. The film was written and directed by Daniel Barnz and stars Vanessa Hudgens and Alex Pettyfer. Beastly was expected to be distributed to theaters by CBS Films on July 30, 2010. However, the film's release was delayed until March 18, 2011, in order to avoid a clash with the release of Charlie St. Cloud, which starred Zac Efron, Hudgens's then-boyfriend with whom she had a strong following at the time, but in January 2011, the release was moved forward to March 4, 2011. ... more on Wikipedia

Beastly is ranked on...

Beastly is also found on...