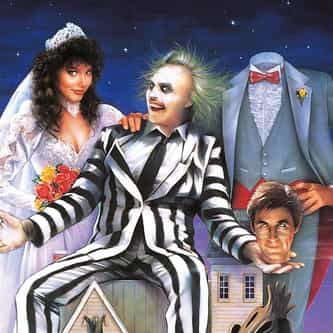 Tagline
In This House...If You've Seen One Ghost...You Haven't Seen Them All.
The name in laughter from the hereafter.

Beetlejuice is a 1988 American fantasy-comedy-horror film directed by Tim Burton. The spirits of a deceased couple (Alec Baldwin and Geena Davis) are harassed by an unbearable family that has moved into their home, and hire a malicious spirit (Michael Keaton) to drive them out. ... more on Wikipedia

4.7k votes Who Would Star In Beetlejuice If It Were Made Today

248 votes The Most Frighteningly Funny Quotes From 'Beetlejuice'

Beetlejuice IS LISTED ON