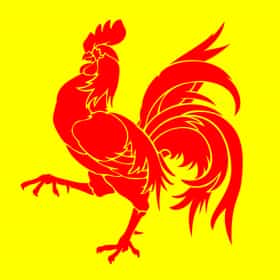 Belgium, officially the Kingdom of Belgium, is a federal monarchy in Western Europe. It is a founding member of the European Union and hosts the EU's headquarters as well as those of several other major international organisations. Belgium covers an area of 30,528 square kilometres and has a population of about 11 million people. Straddling the cultural boundary between Germanic and Latin Europe, Belgium is home to two main linguistic groups: the Dutch-speaking, mostly Flemish community, which constitutes about 59% of the population, and the French-speaking, mostly Walloon population and Brussels inhabitants, which comprises 41% of all Belgians. ... more on Wikipedia

Belgium is ranked on...

Belgium is also found on...