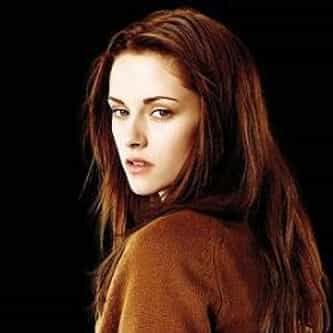 Isabella Marie "Bella" Swan is a character and the protagonist of the Twilight series, written by Stephenie Meyer. The Twilight series, consisting of the novels Twilight, New Moon, Eclipse, and Breaking Dawn, is primarily narrated from Bella's point of view. In the film series, Bella is portrayed by actress Kristen Stewart. In Twilight, Bella moves to her father's home in Forks, Washington, meets the mysterious Cullen family, and falls in love with Edward Cullen. However, she ... more on Wikipedia

Bella Swan IS LISTED ON

#46 of 48
87.4k VOTES Who Is The Most Famous Fictional Character From Your State?
#4 of 726
1.6M VOTES The Most Annoying TV and Film Characters Ever
#1 of 14
10.8k VOTES The Whiniest Heroes In Movie History
3.2k VIEWS Movie Heroes Who Are The Bad Guy In Someone Else's Story
7.7k VIEWS Fictional Romances With Age Gaps Bigger Than The Average Human Lifespan
#4 of 17
422 VOTES The Worst Sci-Fi Characters Of All Time
31.5k VIEWS The Most Popular Female Vampires
List of Twilight Characters