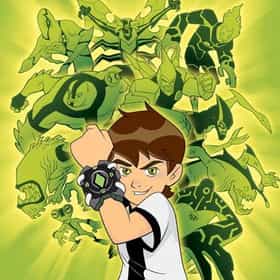 Ben 10 is an American animated series created by Man of Action, and produced by Cartoon Network Studios. The series is about a 10-year-old boy named Ben Tennyson who gets a watch-like alien device called the "Omnitrix". Attached to his wrist, this allows him to transform into various alien creatures. He then uses these powers to fight evil from earth and space. The pilot episode aired on December 27, 2005, as part of a sneak peek of Cartoon Network's Saturday morning lineup. The second episode was shown as a special on Cartoon Network's Fridays on January 13, 2006, and the final regular episode aired on April 15, 2008. The series gradually became popular among audiences, ... more on Wikipedia