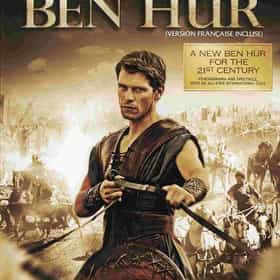 Ben Hur is a TV miniseries that first aired in 2010. Based on Lew Wallace's 1880 novel, Ben-Hur: A Tale of the Christ, the series was produced by Alchemy Television Group in association with Drimtim Entertainment and Muse Entertainment in Montreal. It aired on Canada's CBC network on April 4, 2010, and aired later in 2010 on ABC in the United States. Ben-Hur was directed by Steve Shill, and stars Kristin Kreuk, Ray Winstone, Art Malik, Hugh Bonneville and Joseph Morgan as Judah Ben-Hur. The film was written by Alan Sharp. ... more on Wikipedia