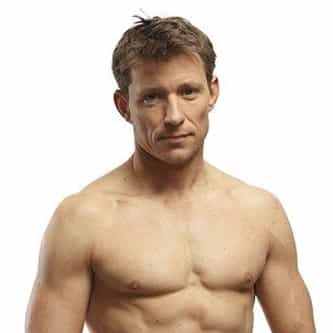 Films Acted In
Harry Potter and the Half-Blood Prince

Acted In
The Krypton Factor
Soapstar Superstar
Who Dares
Sings!
1 vs. 100
The Match
Guinness World Records Smashed
The Xtra Factor
The X Factor: Battle of the Stars
Dancing on ice extra
The Krypton Factor (2009)

Benjamin Peter Sherrington Shephard (born 11 December 1974) is an English television presenter, actor and journalist who is currently employed by ITV and Sky Sports. His most recognised role was as a main presenter on the now defunct breakfast programme GMTV. He has hosted game shows such as The Krypton Factor (2009–2010), Tipping Point (2012–present) and Ninja Warrior UK (2015–2019). In 2012 along with co-welcomer Helen Skelton he welcomed home the athletes of the London 2012 Olympic and ... more on Wikipedia

Ben Shephard IS LISTED ON