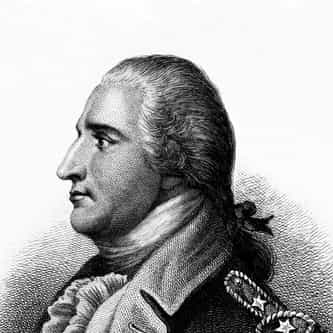 Benedict Arnold (January 14, 1741 [O.S. January 3, 1740] – June 14, 1801) was an American military officer who served as a general during the American Revolutionary War, fighting for the American Continental Army before defecting to the British in 1780. George Washington had given him his fullest trust and placed him in command of the fortifications at West Point, New York. Arnold planned to surrender the fort to British forces, but the plot was discovered in September 1780 and he fled to ... more on Wikipedia

27.3k readers Turns Out Benedict Arnold Was The One Who Got Betrayed By America

Benedict Arnold IS LISTED ON