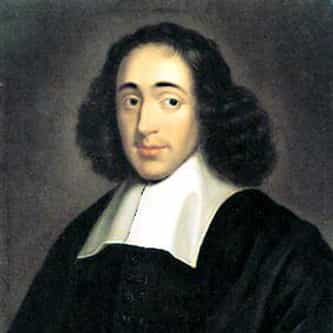 Baruch Spinoza (, Dutch: [baːˈrux spɪˈnoːzaː]; born Benedito de Espinosa, Portuguese: [bɨnɨˈðitu ðɨ ʃpiˈnɔzɐ]; later Benedict de Spinoza; 24 November 1632 – 21 February 1677) was a Jewish-Dutch philosopher of Portuguese Sephardi origin. One of the early thinkers of the Enlightenment and modern biblical criticism, including modern conceptions of the self and the universe, he came to be considered one of the great rationalists of 17th-century philosophy. Inspired by the ... more on Wikipedia

Baruch Spinoza IS LISTED ON