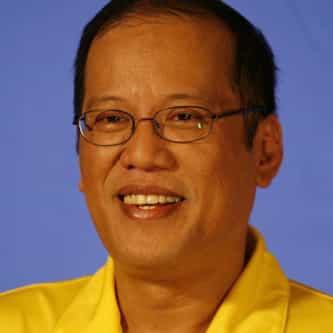 Benigno Simeon Cojuangco Aquino III (born February 8, 1960) is a Filipino politician who served as the 15th President of the Philippines from 2010 until 2016. Aquino is a fourth-generation politician and the chairman of the Liberal Party from 2010 to 2016.On September 9, 2009, shortly after the death of his mother, Aquino officially announced that he would be a candidate in the 2010 presidential election. He was elected and on June 30, 2010 was sworn into office as the fifteenth President ... more on Wikipedia