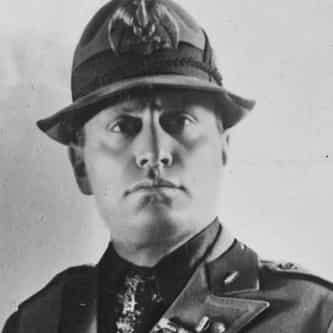 Benito Amilcare Andrea Mussolini (, also US: , Italian: [beˈniːto mussoˈliːni]; 29 July 1883 – 28 April 1945) was Prime Minister of the Kingdom of Italy from the fascists' takeover of state power in 1922 until 1943, and Duce from 1919 to his execution in 1945 during the Italian civil war. As dictator of Italy and founder of fascism, Mussolini inspired several totalitarian rulers such as Adolf Hitler.A journalist and politician, Mussolini had been a leading member of the National ... more on Wikipedia

17.6k readers Mussolini's Mistress Kept A Detailed Diary – And Was Assassinated Alongside Him

Benito Mussolini IS LISTED ON