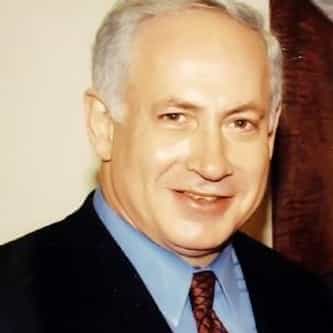 Benjamin "Bibi" Netanyahu (Hebrew: בִּנְיָמִין נְתַנְיָהוּ ; born 21 October 1949) is an Israeli politician who has been Prime Minister of Israel since 2009, having previously held the position from 1996 to 1999. Netanyahu is also the Chairman of the Likud-National Liberal Movement. He is the longest-serving Prime Minister in Israeli history, and the first to be born in Israel after the establishment of the state. Born in Tel Aviv to secular Jewish parents, Netanyahu joined the ... more on Wikipedia

Benjamin Netanyahu IS LISTED ON