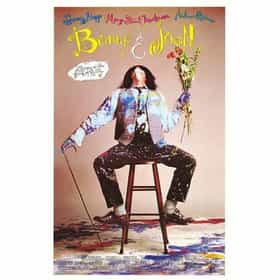 Benny & Joon is a 1993 romantic comedy film released by Metro-Goldwyn-Mayer about how two eccentric individuals, Sam and Juniper "Joon", find each other and fall in love. Aidan Quinn also stars, and it was directed by Jeremiah S. Chechik. The film is perhaps best known for Depp's humorous physical comedy routines and for popularizing, in the United States, the song "I'm Gonna Be" by The Proclaimers. Benny & Joon was shot primarily on location in Spokane, Washington, while the train scenes at the beginning were shot near Metaline Falls, Washington. ... more on Wikipedia