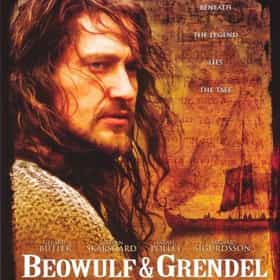 Beowulf & Grendel is a 2005 film loosely based on the Anglo-Saxon epic poem Beowulf. Filmed in Iceland and directed by Sturla Gunnarsson, it stars Gerard Butler as Beowulf, Stellan Skarsgård as Hrothgar, Ingvar Eggert Sigurðsson as Grendel and Sarah Polley as the witch Selma. The film is a cooperative effort between Eurasia Motion Pictures, Spice Factory, and Bjolfskvida. The screenplay was written by Andrew Rai Berzins. The soundtrack was composed by Hilmar Örn Hilmarsson. The story takes place in the early half of the sixth century AD in what is now Denmark, but the filming of the movie in Iceland provided many panoramic views of that country's landscape. While ... more on Wikipedia

Beowulf & Grendel is ranked on...

Beowulf & Grendel is also found on...