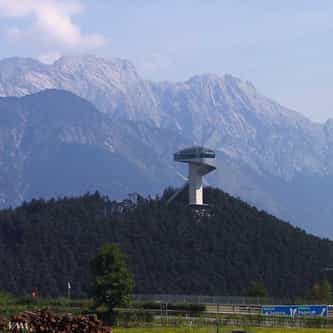 The Bergisel is a hill that lies to the south of Innsbruck, Austria, in the area of Wilten, where the Sill river meets the Inn Valley. The word's first syllable Berg- doesn't correspond etymologically to the German word Berg with the meaning mountain. The Bergisel's contemporary name is derived from the pre-Roman word burgusinus, which then altered through folk etymology, causing the occasional spelling Berg Isel or its English equivalent Mount Isel. Among its earlier uses were as a ... more on Wikipedia