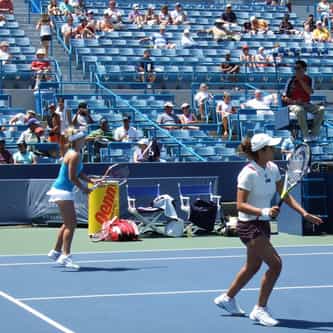 Bethanie Lynn Mattek-Sands (née Mattek; born March 23, 1985) is an American professional tennis player. She is an Olympic Gold medalist, and has won eight Grand Slam titles, five of which in women's doubles and three in mixed doubles. Mattek has won five singles and three doubles titles on the ITF Women's Circuit, and her best results in singles on the WTA Tour to date are reaching the semifinals of the tournaments in Cincinnati, in 2005 and Birmingham, in 2008 and the final of the ... more on Wikipedia

Bethanie Mattek-Sands IS LISTED ON