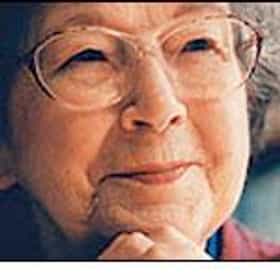 Beverly Atlee Cleary (née Bunn; born April 12, 1916) is an American writer of children's and young adult fiction. One of America's most successful living authors, 91 million copies of her books have been sold worldwide since her first book was published in 1950. Some of Cleary's best known characters are Ramona Quimby and Beezus Quimby, Henry Huggins and his dog Ribsy, and Ralph S. Mouse.The majority of Cleary's books are set in the Grant Park neighborhood of northeast Portland, Oregon, where she was raised, and she has been credited as one of the first authors of children's literature to figure emotional realism in the narratives of her characters, often children in middle ... more on Wikipedia

The Best Ramona Books 104 votes The absolute best book from Beverly Cleary’s Ramona series, ranked from the most popular to the least based on the votes cas...

Beverly Cleary is ranked on...

#382 of 1,183 The Best Writers of All Time 305.3k VOTES The pen is truly mightier than the sword, and if you’re a book enthusiast you know that to be true. Some of history’s most i...
#230 of 770 American Public Figures Who Are National Treasures 227.4k VOTES America's national treasures work in different fields, are of different generations, and all have different stories to ...
#46 of 105 People who voted for Beverly Cleary... are 17x more likely to vote for Lois Lowry on this list are 7x more likely to vote for Louisa May Alcott on this list The Best Young Adult Authors 49.6k VOTES Best young adult authors include some very recognizable names like C.S. Lewis and Louisa May Alcott, along with some newer a...
#44 of 868 Celebrity Death Pool 2016 370.1k VOTES Celebrity death pool 2016: Here's a large list of celebrities we think just might die this year. The only certainties in l...
#8 of 25 Old Celebrities You Didn't Realize Are Still Alive 275.8k VOTES Here is a list of famous people you didn't realize are still alive. These old actors and actresses were stars decades a...
#14 of 42 The Best Things from Oregon 1.4k VOTES Oregon is a pretty cool state. Lots of fun things come from the 33rd US State, like good coffee, sweet running shoes, and lo...

Beverly Cleary is also found on...