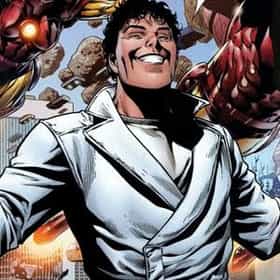 The Beyonder is a fictional cosmic entity appearing in American comic books published by Marvel Comics. Created by writer Jim Shooter and artist Mike Zeck, the Beyonder first appeared in Secret Wars #1 as an unseen, apparently omnipotent being who kidnapped the heroes and villains of the Marvel Universe and had them do battle on another planet called Battleworld. He later appeared in a more antagonistic role in the 1985 sequel Secret Wars II, in which he took human form, and threatened to destroy the Marvel multiverse. Although he first took on a physical, humanoid form in Secret Wars II #1, it was in Secret Wars II #3 that he took on the permanent form in which he remained for the ... more on Wikipedia

Beyonder is ranked on...

#181 of 655 The Best Comic Book Villains 269.2k VOTES Who are the best comic book villains of all time? This list of top supervillains in comics includes some of the most notorio...
#52 of 110 The Greatest Marvel Villains & Enemies Ever 405.4k VOTES The best Marvel villains are the men and women (not to mention any aliens, robots, and even siblings of heroes) at the root ...
#15 of 52 The Most Powerful Characters in Marvel Comics 446.6k VOTES "Strength" in comic books is hard to qualify, or quantify. One character always has to be stronger than another or...
#18 of 45 The Best Fantastic Four Villains Ever 5.2k VOTES List of the most notorious Fantastic Four adversaries, ranked by the fans. Created by Stan Lee and Jack Kirby way back in 19...
#29 of 54 The Best Villains Deadpool Has Ever Faced 27.7k VOTES The Merc with a Mouth, or Deadpool, was created in 1991 by writer Fabian Nicieza and comic illustrator Rob Liefeld. Though D...
#17 of 162 The Most Powerful Comic Book Characters Ever, Ranked 131.8k VOTES The problem with ranking the most powerful characters in the history of comic books is that writers always want to top the t...
#128 of 198 The Greatest Immortal Characters in Fiction 20.5k VOTES Immortality is a common theme in fiction. It often explores many different themes, from what it means to live forever, to ...
#20 of 20 The Greatest Foes of Namor the Sub Mariner 1.6k VOTES Namor the Sub Mariner was one of Marvel Comics very first characters. In fact he's been around since before Marvel was even ...