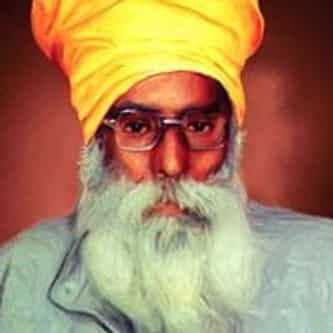 Bhagat Puran Singh (4 June 1904 – 5 August 1992) might have been born in Rajewal (Rohno) Ludhiana district, Punjab. Born into a Hindu family, he was given the name Ramji Das as a child. Later, while still a child, he chose to become a Sikh. Though he never finished his basic schooling, he became a writer, a (self) publisher, an environmentalist, and a philanthropist. He is perhaps best remembered for the home he founded in Amritsar, India, named Pingalwara, a home which long after his ... more on Wikipedia